I have to say, it was probably the absolute worst time of year to decide to go for a bikepacking trip. I managed to plan my journey right smack in the middle of the horrendous heat wave that struck Europe in late July. My two days of riding to Köln were difficult enough to bear with highs hitting 34 degrees Celsius, but the following three days were a solid 38. I hid out in the Museum Ludwig for a good 5 hours, happily freezing my ass off in Texas-level air conditioning. 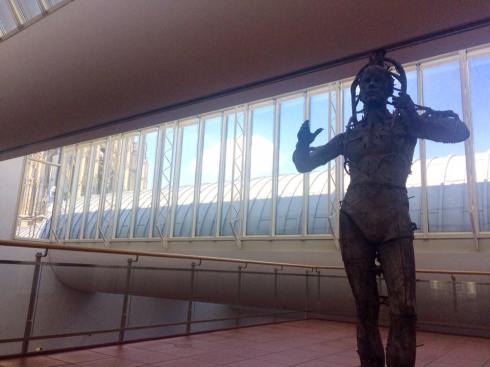 I also took refuge inside the magnificent Kölner Dom. I’ve seen many impressive cathedrals throughout Europe, but this was the first one that instilled such an acute sense of awe bordering on terror. My mind was fixed on Heine’s poem “Im Rhein, im heiligen Strome,” in which the speaker visits the Dom. Having been just rejected by his beloved, he is convinced he sees her face in a golden portrait of the Madonna. Thence commences over the next ten poems a hyper-Romantic, soul-wrenching breakdown as only could exist in 19th-century German poetry.

In the Rhine, the holy river
Is reflected in the waves
With its vast cathedral
The great, holy Cologne.

In the cathedral is an image
Painted upon golden leather
Into the wildnerness of my life
It gazed benevolently.

Flowers and angels float
Around our dear Lady;
The eyes, the lips, the cheeks,
They’re exactly like my beloved’s.

Having sufficiently emo-ed myself out, I drowned my sorrows in the gayborhood, which seemed to be entirely luau-themed, with a few friends from Bonn. The Kölsch is an extremely drinkable but devilishly sneaky beer. All of the mini-pours in those skinny glasses add up faster than one might think.

My trip home was delayed by a day in an attempt to wait out the heat wave. We were due for some heavy rain, which I succeeded to outrun for the most part, except for the hour-long downpour somewhere near Remagen in which the guy behind me nearly got nailed by a lightning bolt. 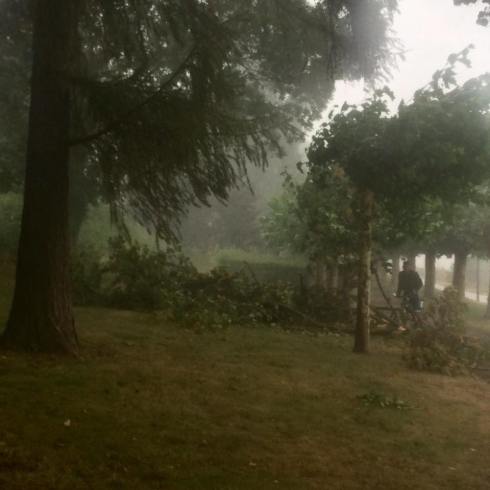 This post has turned into more “look what I did” so I’ll round it out with a good dose of introspection and perspective. I never thought of myself as the type that would attempt long-distance solo travel on a bicycle, especially in a foreign country. I have always been, however, the type to push myself so much that I have to keep establishing newer and higher limits. Currently my limit is about 112km in one day, and I’ll be damned if I don’t smash that too, as soon as I recover from this nightmare of a broken back. It’s hard to be patient, practically immobile, especially reliving the tour through writing. I have to trust that I’ll come out the other end not only the same person, but an even stronger and more determined version of myself.

One thought on “bike touring along the rhine, part 3.”